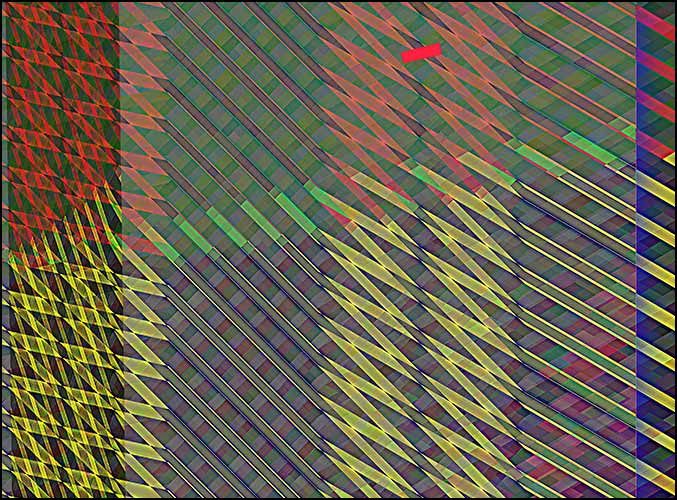 “I would program the computer to display a small group of pixels. I learned how to place them anywhere on the screen and in colour!” 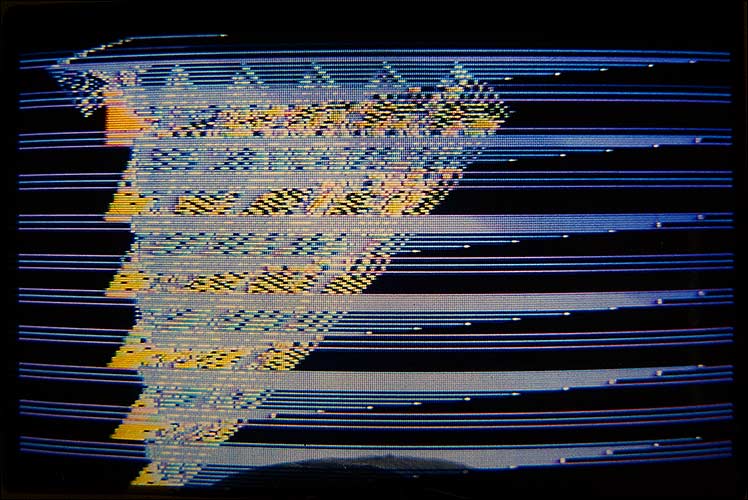 Here is one of the first recorded examples of my work on a colour computer. Although I had experimented with black and white computers before 1980, the introduction of affordable colour computers really got my attention. The resolution was extremely low and therefore the pixels looked very big. I would program the computer to display a small group of pixels. I learned how to place them anywhere on the screen and in colour! When I could rub them out and draw them again in a slightly different position they looked like they were moving.
Using the Basic language to rub out and redraw was quite inefficient and caused flickering on the screen. Soon after this I learned 6502 machine code, the chip that was in the Apple II and other popular computers. This meant I could move lots of pixels without an obvious flicker. But it was a slow process. However it was at the time the only way to achieve smooth results.
Not having a colour printer, dot matrix printers only printed in black, the only way to capture an image was to photograph the actual screen.

Things are very different now. Not only the hardware but the current software have transformed and sometimes go beyond my understanding.
But for this artist, still playing around with pixels, not much seems to have changed.