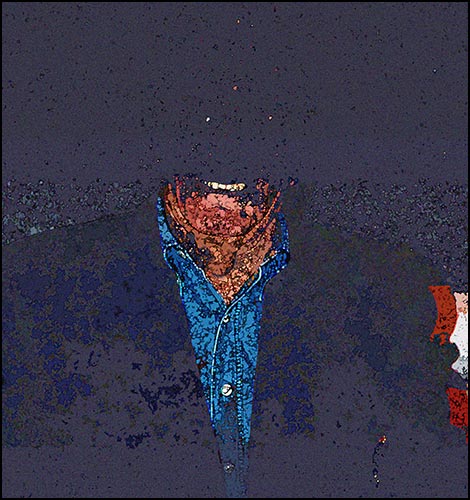 “Most art means nothing until explained, at least by someone.”

Computers however cantankerous are supposed to be predictable. Actually I am always trying to make a thing out of them being demonstrably not so. This image was created on an old computer of mine. At the time being low on memory it struggled with very large graphics. The program wouldn’t produce predictable results as it ran out of memory and sometimes would sort of half give up. I love this image of Henry Cooper drawn by a computer struggling to finish the task. It came out exactly like this. It is interesting that I cannot repeat it on my new hardware. Another historic document.
Most art means nothing until explained, at least by someone.