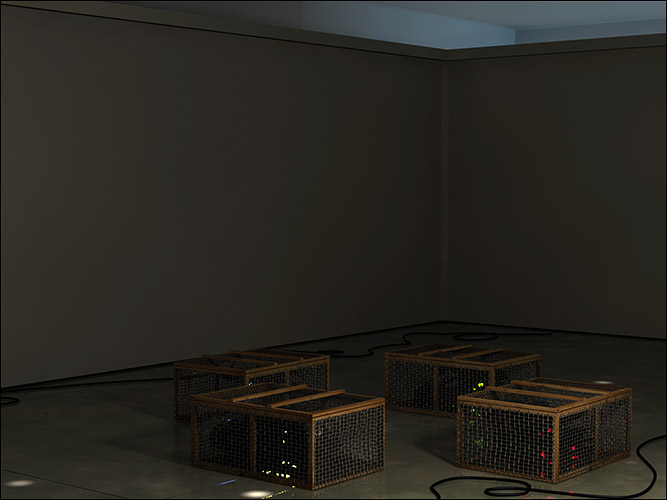 “It has become difficult to tell what is made up and what is ‘honest observation’.”

Could this piece be considered cruel?
I want people to assume that there was a performance. And that the performance was carefully planed, every aspect exactly controlled. I want people to question; what is really going on here? Who is being manipulated? I can’t ask that effectively without ‘emotional content’. So it is important to include the element of cruelty. This is quite deliberate.

But of course the crows actually don’t exist. All we see is the image, and think, this might be true.
Like the news, I don’t experience the events, only the images at a distance. I consider reality in the media questionable. When observing things second hand like this it has become difficult to tell what is made up and what is ‘honest observation’.

Why Crows?
If they were chickens would it be more politically topical? Crows are not used in any kind of farming as far as I know and as such are not usually seen under these conditions. Nor are they usually participants in performances. There is no ‘release’ in farming.

No crows were hurt during the making. All the crows taking part were Lightwave stunt crows.