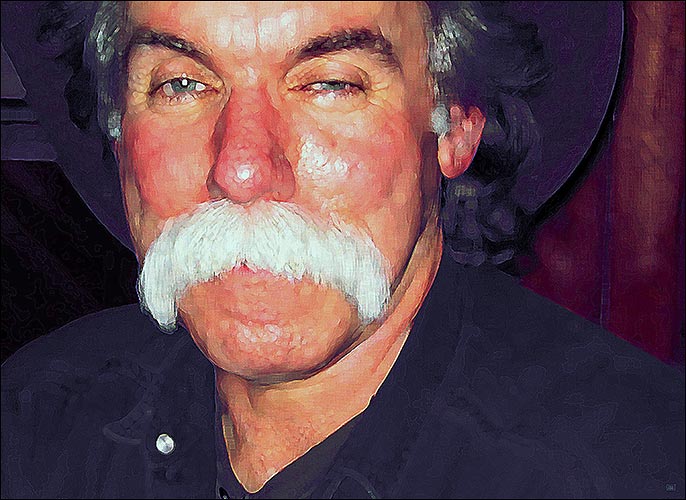 “I like the fact that you might recognise this person. I also like it if you don’t and just view the image cold, with no preconceptions.”

Familiarity is relative. All the portraits are of persons who have been in the media to some degree or other. I am drawn to them because they have an awareness of it and are generally used to being photographed. They are normally very comfortable with the process. And I’m quite interested in capturing this studied presence that they seem to project, effortlessly.
Usually, I’ve never met these people before. So I can’t pretend that I am capturing their personalities, or what ever other aspects traditional portraiture is involved with. No, to me the final result is everything. It has to be an interesting image if nothing else. An interesting image of an extraordinary person.
I like the fact that you might recognise this person. I also like it if you don’t and just view the image cold, with no preconceptions. Sometimes it is better to just see a portrait and then find out who it is later. Even though there is an implied contradiction in there somewhere.
As far as I’m concerned, a portrait is an image of a specific person, as opposed to an image of a figure. So in a state of uncertainty about the person, the image flips between a portrait and a figure.
But the effect is unpredictable, what is obscure to me is different for others. So, I try not to make too much of this. It is just an observation. It is not something I can play with usefully.

Gene Parsons.
This was after a very intimate gig. The room was candle lit and we were having a conversation at his table. It was so dark that I couldn’t see clearly to focus properly with my camera. Obviously I need not have worried as it somehow turned out all right. His many stories were very entertaining.
This guy has really been there from the beginning and I think that comes across. A true legend.